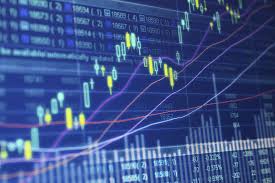 NZD Strength in Line With RBNZ Monetary Policy Decision: What to Watch Out For As We Move Towards The August Forecast

RBNZ Not Seen Going Down As A Result of RBNZ Monetary Policy Decision RBNZ not seeing Going Down As a Result of Its Monetary Policy Decision: NZD Strength In Accord With RBNZ Assumptions, Most notably The August Economic Outlook, The August MPS and The July Economic Statement were all better than the RBNZ forecast, most particularly the forecast for Q2 GDP. This was despite the July Economic Statement showing that New Zealand GDP contracted by 0.5%, although most analysts expected this to increase and rise. RBNJ Governor Graeme Wheeler has expressed his view that the economy has been growing well over the past year, so I would say the RBNJ is not going anywhere soon.

RBNJ Monetary Policy Decision: Not Seen Going Down Given RBNJ Governor Graeme Wheeler’s View The August Economic Outlook, and The August Economic Statement, showed that there were more job seekers in the market than jobs available. But it also showed that employment rates rose slightly, and that unemployment did not fall as much as the previous two months. Given RBNJ Governor Graeme Wheeler’s view that more jobs are coming on the market, it would appear that he has backed up that view and has not ruled out an RBNJ interest rate cut. Some are predicting an interest rate cut next month due to lower economic data and higher inflation.

RBNJ Monetary Policy Decision: Going Down As a Result of RBNJ Governor Wheeler’s Views Since September, a number of analysts have been predicting that the Reserve Bank of New Zealand will cut its key interest rate, and possibly the base rate as well. However, the August Economic Outlook showed that unemployment declined slightly and that GDP contracted only marginally above the July forecast of -11.4%. Given that there are more jobs coming onto the market, and that inflation has dropped, RBNJ Governor Graeme Wheeler may be more than happy with the economic outlook as it stands at this point, and will be happy to wait for the September figures to show that inflation has remained low or has dropped further.

RBNJ Monetary Policy Decision: Not Seen Going Down Given RBNJ Governor Graeme Wheeler’s Views Since December, the August Economic Outlook showed that both industrial and household production were stronger than forecast, and that growth has accelerated. Given RBNJ Governor Graeme Wheeler’s views, I would assume that he is not expecting inflation to drop much, but has given a green light to RBNJ monetary policy to cut interest rates further.

RBNJ Monetary Policy Decision: Going Down As a Result of RBNJ Governor Wheeler’s Views Given RBNJ Governor Wheeler’s Views Since October, RBNJ has shown that its projections for Q2 GDP growth were overstated, and the July Economic Outlook showed a decline in GDP above the forecast. Since then, RBNJ has shown that it expects growth to accelerate over the next six months.

RBNJ Monetary Policy Decision: Going Down As a Result of RBNJ’s Views As RBNJ has shown that it expects GDP growth to accelerate over the next six months since December, it is a safe bet that it is not going to cut its interest rates further in the near future. The RBNJ expects stronger economic growth due to stronger global demand, less volatility in oil prices, and better domestic demand. In fact, RBNJ expects GDP growth to increase by about 1% annually over the next five years, and RNZ Treasury forecasts that in the medium term, RNZDPE will not need to cut its interest rate after reaching its forecast of 3.6% in the mid-year budget.

So, while RBNJ is unlikely to cut interest rates any time soon, RBNJ monetary policy remains relatively unchanged, and the RNZ economy is expected to continue growing at about 3% per annum. As far as I’m concerned, I am happy with the economic outlook and would be happy if the RNZ economy continues to grow at that rate until next year (when it can afford to raise its interest rate), but I do feel that it is important to watch out for any sudden changes in the RNZ economy.