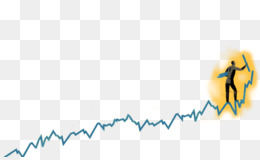 In one of the most significant days in the history of the Obama Administration and its campaign to win reelection in 2020, the Democratic Senatorial Campaign Committee (DSCC) announcing that it had won the SPX Research poll conducted for the DSCC by the Marketo Group. The SPX Research poll was taken as part of their ongoing campaign to influence voters in key states, including Ohio, Pennsylvania, Virginia and Florida. The report indicates that President Obama’s lead in the polls is holding steady despite a series of recent setbacks at the State level.

President Obama didn’t need to win this election; he just needed to hold on to his lead. However, the Obama team did lose badly in the most competitive battleground states, such as Colorado, North Carolina, Iowa, New Hampshire, Arizona, and Wisconsin. Even without these losses, the President still has a significant lead over Governor Romney among likely voters.

The biggest problem for the Obama campaign was that Governor Romney took advantage of the Obama Administration’s weaknesses to get ahead early in the campaign. The President’s campaign tried to make the case that he had a unique combination of leadership and experience, a “fighter” mentality, and the ability to bring about change in Washington. All of these attributes helped him win the Illinois Democratic Primary. However, they also made him appear weak and out of touch with the issues that will be facing Americans in the months to come. As a result, President Obama’s numbers among independent voters started to decline as well.

According to the latest poll released by the Democratic Senatorial Campaign Committee, President Obama is leading Governor Romney by seven points in North Carolina. This is a very important state for the President’s re-election efforts because if President Obama loses North Carolina, he would have lost the election. He could also lose the Presidency and the Democratic Senate majority if he loses this state.

In addition to holding his lead in key swing states like North Carolina, Pennsylvania, Ohio, Colorado and New Hampshire, President Obama is holding on to a lead in Iowa, New Hampshire, Arizona and Wisconsin. Although the poll in Wisconsin did not include third party candidates, President Obama is holding his or her lead despite the presence of Governor Walker and Representative Thompson. In terms of undecided voters, President Obama continues to lead in every category. His lead among women voters is larger than his lead among men. Among white voters, he holds his largest lead with African Americans.

The latest poll in Pennsylvania shows that President Obama has a twenty-three point lead among Hispanics. This is a clear sign that Obama is gaining support with Latino voters. In addition, according to the poll, President Obama is leading with African Americans, but he still loses the lead among Asians. This is the first poll to reveal a significant gender gap in the race. The gender gap is similar in Iowa, but the lead among whites is smaller.